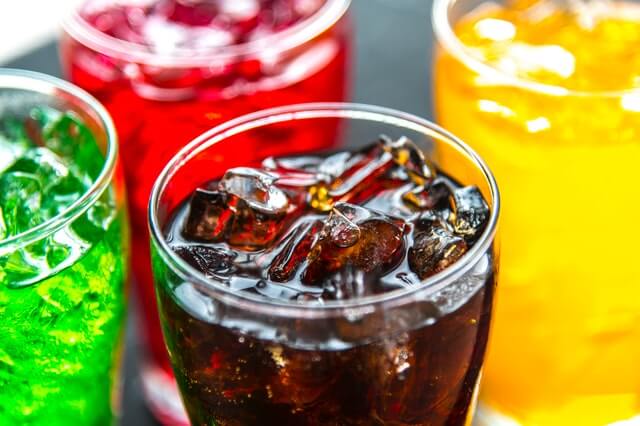 Surveys show that the consumption of sugary drinks has increased in the last several decades on a global scale, up approximately 40 percent from 1990 to 2016.

When health authorities warn against consuming “sugary drinks,” they are usually referring to those made with added sugar, such as soda, juices and sweetened teas or energy drinks. However, findings from a large new study suggest that in addition to these beverages, even 100 percent fruit juice, which is high in natural sugars, may also be problematic when it comes to disease development.

What are the negative effects of sugary drinks, according to the latest research? Some include having a negative impact on cardiometabolic health, diabetes risk, body weight and obesity, and according to recent studies, even cancer risk. For example, researchers involved in a 2010 study estimated that among all worldwide yearly deaths from diabetes and cardiovascular diseases, about 178,000 were attributable to sugary drink consumption.

Compared to studies investigating the relationship between sugar and obesity or heart disease, the association between the negative effects of sugary drinks and the risk of cancer has not been investigated much until recently. Emerging research is now showing that drinking beverages high in sugar can put you at greater risk for cancers including breast, pancreas, gallbladder and endometrial cancer.

In July, 2019, the journal BMJ reported on results from the NutriNet-Santé prospective cohort study, which focused on investigating whether drinking sugary drinks could raise participants’ cancer risk. The objective of the study was to “assess the associations between the consumption of sugary drinks (such as sugar sweetened beverages and 100 percent fruit juices), artificially sweetened beverages, and the risk of cancer.”

A finding that may come as a surprise for many people? Even the consumption of 100 percent fruit juice was significantly associated with the risk of overall cancer. These findings suggest that “sugary drinks, which are widely consumed in Western countries, might represent a modifiable risk factor for cancer prevention.”

Aside from contributing to weight gain/obesity, researchers believe that mechanisms underlying a link between sugary drinks and cancer might involve insulin resistance caused by consumption of a high glycaemic load. Certain chemical compounds in sugary drinks, such as 4-methylimidazole in drinks containing caramel colorings may also be possibly carcinogenic to humans, based on research by the International Agency for Research on Cancer. Pesticides in fruit juices and artificial sweeteners such as aspartame might also play a role in carcinogenesis that contributes to cancer formation.

Drinking plain water is the single best way to stay hydrated, since water contains zero calories or sugar and is essential for overall health for many reasons.

What else can you drink aside from regular water that will keep you hydrated without contributing extra calories and sugar to your diet?

Here are some of the best healthy drinks that make great alternatives to sugary beverages:

Should artificially sweetened beverages be consumed in place of sugary drinks? While artificially sweetened beverages (ASBs) were not linked to cancer risk in the study mentioned above, they have been associated with certain health problems in other studies. For example, a number of studies have linked ASBs to higher incidence of hypertension, obesity, type 2 diabetes and impaired glucose intolerance, changes in gut microbiota, and potentially more cravings, headaches and other symptoms.

Sorry, the comment form is closed at this time.