10 Science Based Benefits of Ashwagandha 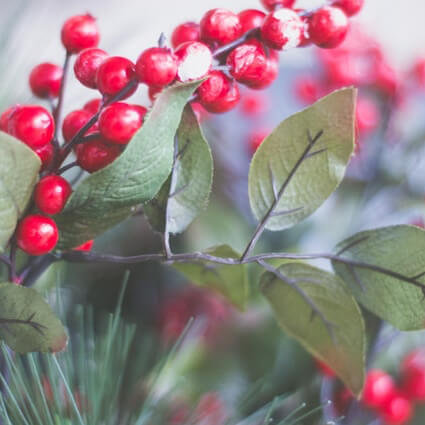 If an ancient herb could boost your whole body health, thyroid function, muscular strength, and cognitive function, would you be interested?

It happens that Ashwagandha, one ingredient in Hormone Zone, has studies to show it can do all this and more.

It’s an ancient medicinal herb, and it’s gaining a lot of popularity in modern times.

Technically, it’s considered an adaptogen because it can be used to help the body manage stress, both physically and mentally. But there’s even more to Ashwagandha.

Here are the details, how you can add it to your supplement regimen, and 10 Science-Based Benefits of Ashwagandha.

WHAT IS ASHWAGANDHA?
Ashwagandha is an herb that been used for more than 3000 years in Ayurveda medicine .

Its botanical name is Withania somnifera. The plant itself is a shrub with yellow flowers native to India and North Africa.

Ashwagandha contains compounds called withanolides. The higher concentration of withanolides, the more potent it is medicinally. It’s these compounds within Ashwagandha that have been shown to offer most of the benefits listed below.

We all experience it. And in the short-term, stress can be perfectly healthy as a needed component of our body’s response to danger.

When stress is chronic and the result of mental challenges, rather than danger and physical ones, it can become very harmful to the body.

In fact, we have a hormone that increases when our body is stressed. When this hormone, called cortisol, remains at high levels in the bloodstream, it can contribute to insulin resistance.

Studies have shown that Ashwagandha can reduce cortisol levels, even up to 30% in chronically stress adults.

What’s more, researchers have found that it can block stress pathways in the brain, reduce symptoms of anxiety disorders, and improve insomnia.

2. IT MAY IMPROVE BRAIN FUNCTION, INCLUDING MEMORY

One emerging area of medicine is brain health, reduction of degenerative diseases, and memory improvements.

Lab tests have shown that ashwagandha may reduce memory and brain function issues caused by injury or degeneration.

How? It may be due to its antioxidant activity, which reduces free radicals in nerve cells.

Another area of brain health and ashwagandha supplementation is depression.

At least one study has shown a significant reduction in severe depression while taking daily ashwagandha, although a history of clinical depression in the participants of this study has been questioned.

Other studies have shown promise in reducing depression with ashwagandha, but more studies are needed to draw conclusions.

In fact, one study found that after supplementing for 2 months, men and women with subclinical hypothyroidism experienced these results.

This is exciting news for anyone who is seeing thyroid function decline.

In addition to improving insulin sensitivity by reducing cortisol, Ashwagandha can directly reduce blood sugars according to several studies.

What’s more, a lab study has shown that it can increase insulin sensitivity and insulin secretion.

Why is this important?

In fact, animal studies have shown significant decreases in cholesterol, up to 53%. In addition, triglycerides have decreased by up to 45% in one study.

To stop cancer, cancer cells need to experience apoptosis or programmed cell death. Without it, cancer cells can continue to grow and proliferate unchecked.

Lab and animal studies have shown that ashwagandha may help induce apoptosis while reducing the growth of new tumor cells.

It also impedes the growth of new cancer cells in several ways.

In fact, animal studies suggest its efficacy in many cancers, including breast, lung, colon, brain and ovarian cancer.

However, since human studies are still lacking, more research needs to be conducted for conclusive evidence.

For men, Ashwagandha may improve testosterone levels and reproductive health.

In fact, a study of 75 infertile men showed increased sperm counts, quality and function with ashwagandha supplementation. It also showed increases in testosterone and antioxidant levels.

Unless you proactively increase strength year after year, our muscles lose mass and strength each year we age.

Although the supplementation needs to be used in conjunction with a workout program, these results are promising for those who want to keep up muscle strength.

10. IT MAY REDUCE INFLAMMATION

Both animal and human studies support Ashwagandha’s effects against inflammation.

In animal studies, it’s been shown to directly decrease inflammation. In human studies, increased immune function, and decreased markers of inflammation including C-reactive protein, even up to 36% .

For most people, Ashwagandha supplements are completely safe.

Care should be taken though, if pregnant or breastfeeding, if taking sedatives, if diagnosed with an autoimmune disease or Type 1 Diabetes, or is there are concerns of low blood sugars or low blood pressures. In these cases, always consult your doctor before adding Ashwagandha.

WHERE TO FIND ASHWAGANDHA

Ashwagandha can be found in many stand-alone supplements.

Even better, it’s one of the main ingredients in Thyroid Zone, which is specifically designed to thyroid health. Thyroid zone uses precise amounts of Ashwagandha and other thyroid-supporting nutrients to improve thyroid health and overall health.

As an ancient medicinal herb, Ashwagandha has been used for thousands of years.

Now, modern practitioners are looking to it more and more. It offers benefits for the entire body, from mental health, reduced anxiety and depression, better blood sugars, heart health, and even athletic performance.

It’s easy to take, and one of the main components in Thyroid Zone.

by Dr Mercola Studies have shown that unprocessed foods, especially fermented foods, help optimize your gut microbiome, thereby supporting optimal mental health, whereas sugar, wheat (gluten) and processed foods have been linked to a greater risk for depression, anxiety and even suicide. The primary information highway between your gut and your brain is your vagus […]

by Dr David Perlmutter We’ve all come to accept the notion that our brain will continue to shrink as we age. And nowhere is this decline more impactful than in the hippocampus, the brain’s memory center. Researchers measuring the size of the hippocampus using MRI scans demonstrate a clear correlation between shrinkage of the hippocampus […]

Herb for Depression and Weight Gain

By Dr Don Colbert Rhodiola rosea, also referred to as Golden Root, is an adaptogen of the herbal world. It is indigenous to Asian Artic regions, European, and North American mountainous areas. This flowering plant was once used by Scandinavian Vikings and Emperors of China. In the past it was well-known for building strength, but […]

7 Signs You May Have a Vitamin D Deficiency

By Dr Mercola Vitamin D deficiency is incredibly common in the US, but many Americans mistakenly believe they aren’t at risk because they consume vitamin-D-fortified foods (such as milk). There are very few foods that actually have therapeutic levels of vitamin D naturally and even fortified foods do not contain enough vitamin D to support […]

Is Turmeric Good for Depression Too?

by Gail Bowman   We have all heard how good turmeric is for inflammation.  There are many articles available that tell us that turmeric is beneficial for inflammation, and in fact is among the most effective anti-inflammatory compounds in the world. However, many do not realize the benefits of  Turmeric for Depression. According to a meta-analysis of […]

by Lisa Gallo for Garden of Life While stress is an inevitable part of life, a recent survey of adults by the American Psychological Association found that overall stress levels have been on the rise. We know that stress is harmful to both mental and physical health. So how can we manage our stress levels? […]

by Dr. Erin Stokes, ND and Megafood The mid-afternoon slump. It can hit you when you least expect it. It often sets in when you still have a long way to go on your work and home “to do” lists for the day. In those moments, it’s so tempting to reach for that second (or third) […]

Low Levels of Vitamin B12 Are Often Missed

Recently published on Dr Mercola: Most physicians do not routinely test their patients’ vitamin B12 levels. Even if you have yours tested, the levels considered “normal” in the U.S. may still be too low. Normal ranges of vitamin B12 in the U.S. are 200 pg/mL to 1100 pg/mL, even though people at the lower end of this […]